Digital
Network BBDO is one of the IAB Bookmark Awards’ top six-ranked digital agencies of the year, and so presented at last week’s Digital Agency Showcase at Red & Yellow School. ECD Brad Reilly showed some non-digital work and others in the automotive space. Remember Raj and Raj 2? 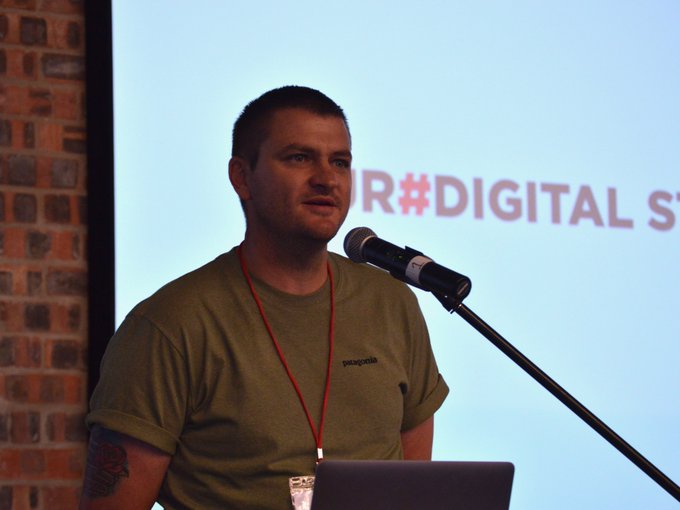 Red & Yellow School@RedAndYellowEd
“You have to inject #story into the #technology” – Brad Reilly, @NetworkBBDO at #digitalagencyshowcase. Powerful insight in a digital-driven world.
5
12:16 PM – Oct 25, 2018

Brad Reilly of Network BBDO, also a Red & Yellow alumnus, shared the agency’s digital story since their birth in 1994 in three chapters, as told in 45 Instagram stories.

Red & Yellow chairman Rob Stokes introduced Reilly as having been with the agency for 22 years now, currently ECD working across South, West and East Africa, he took a six-year hiatus from Network BBDO.

In that time he started up and led the Red Lounge, the integrated project agency that ran Coca-Cola’s sponsorship of the 2010 Fifa World Cup, headed up the Jupiter Drawing Room in Johannesburg, and started up a collaborator agency called Anonymous before his return to ‘the hash’ in 2014.

Reilly began the tale by stating that any good story starts with a foreword – theirs is that Network BBDO is not a digital agency. Yet despite that, they won the very first Loeries digital integrated Grand Prix in 2008, as well as Africa’s first and only mobile Grand Prix and continuously pushes innovation across the continent. They’re consistently placed amongst the top three digital agencies in the country at the IAB Bookmarks.

But there are 58m people in South Africa, and all of our lives are touched by digital in some way every day.

Here’s why their work works – specifically in digital, as Reilly presented, in three ‘chapters’.

Reilly started by showing their Corsa Lite Raj and Raj 2 work, which proves the agency was involved in social thinking when they created the platform back in 2001. It ran until 2004, the year that Facebook was created.

Explaining why the work was a great example of social, even though the work aired before most of us knew about social media, Reilly said that in 2018, with that super scrolling mentality of social media, being disruptive is exponentially more.

Raj and Raj 2 disrupted the auto ad landscape and the larger advertising landscape in general. In the world of social, that’s become disproportionately important.

The work was also extremely distinctive.

You knew in the first few seconds this was a Raj story, says Reilly, which was a massive strength of the campaign, with the caveat that it can be a weakness – it’s all down to the quality of content you’re producing.

“Today, all too often clients ask for calendars with five digital posts a week, which he says amounts to digital wallpaper. Reilly warns to be careful of quantity over quality. Rather do less, better.”

This also remains a great example of social work as it was responsive. They could turn around the video content in a week, from brief to final material.

Reilly further explained that the Corsa Lite work really worked because they applied the following proprietary ‘three Ps’ of a truly responsive campaign:

On platform: You need a tight enough platform to retain consistency – that’s important when you build something over a number of years, but loose enough to be adaptive. The Raj work could speak of price, competition winners, power steering or air conditioning with ease.

On process: They generated ideas without scripts and produced it all in-house, with a real ‘maker’ mentality before the movement came along, thanks to the very tight timeline. It effectively collapsed the process of creative development, production and approval into a fluid, seamless one. They often got a one-line brief, generated lots of ideas in the studio. That’s something Reilly feels we can apply to social still, today.

On price: Each piece of video content cost less than R35k to produce, which was really low even back then for a TV ad. This meant they could stay on top of things in remaining in touch with the zeitgeist and putting out content when they needed to.

In showing a non-digital campaign to illustrate this, Reilly said the three factors taken together are what made it such a responsive campaign. And their approach to digital at its core hasn’t really changed.

Reilly said that ‘from the days of Bill Bernbach and co’ some 60 years ago, there’s still the need to make good shit. 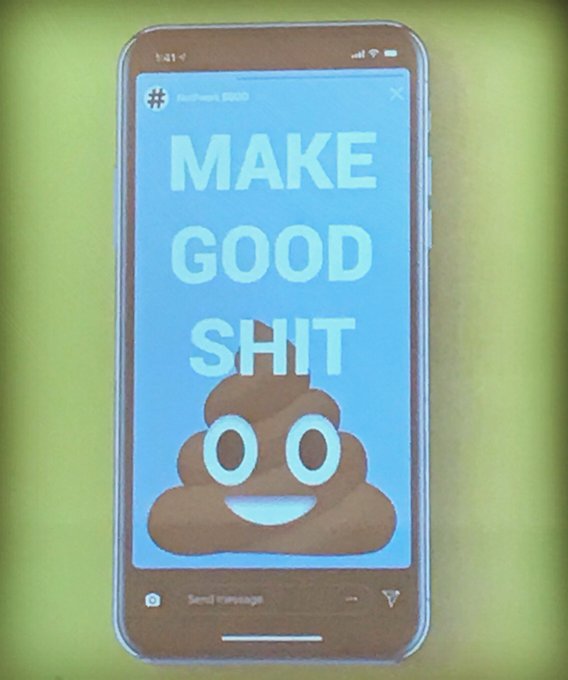 People don’t hate advertising, they hate bad advertising. Reilly says there is a ton of bad digital advertising – if you want to make good advertising, you need to remember that the way you deliver it has changed.

If the Raj brothers were born today, they would be showing up in memes and Gifs and pre-rolls and carousels, and perhaps even as bots.

Chapter 2: I’ll get by with a little help from my friends

One such client was Mercedes-Benz. They began a process of digital transformation a little over three years ago, which infiltrated all spheres of the business, particularly marketing.

The not-so-subtle headline there is ‘adapt or die’. They are often the lead agency and have to ‘play nice with others’, especially with the digital creative sprints they implemented, where agencies tend to co-own ideas as a brand thread throughout campaigns.

They didn’t have a license to experiment, they had a mandate to do so, so experiment they did – largely in the space of VR experiences, e-commerce integration, a live projection car configurator, web series and a bot.

The agency learned a lot along the way. First, that distribution is half the idea…

Who needs a logo, when you’ve got the love?

Reilly said they needed to make decisions about what type of content to create, and where the content needed to show up – not on the brand’s own platforms, it was all seeded. They hedged their bets that it would take off, and it did.

Their next learning in the Mercedes-Benz process was that tech is a table stake.

You need to start injecting story into the technology.

That was lesson number three, that, too often, the angle is innovation and constantly trying the new, when the good old story is the competitive edge.

To illustrate this, Reilly showed us their work for the SA first VR test-drive experience for Mercedes C-Coupe from the ground up, which was purely about the tech, as well as their work on the 360 #Lookup, which incorporated story and was the best-performing auto ad on YouTube in 2016.

It lifted brand recall, awareness and interest because of the layer of story, says Reilly.
It’s about finding the story in your client’s world.

But, Reilly cautions that this leads to the final chapter of the story…

Chapter 3: All that glitters is not gold

Their journey saw them exploring amazing, cutting-edge worlds, experimenting with different things in a way that’s appropriate for the brand, which has a small market within the bigger picture of Africa. You don’t need to create the VR walkthrough because others are doing so.

“We’re in the business of creative solutions and believe the possibilities of those solutions are cracked wide open if you harness technology. Often though, there is an appetite for the latest and greatest, not necessarily the solution. We need to put the user and their story first – their context and reality and behaviour, not the tech.”

That’s where data comes in, it’s now a critical part of effective storytelling. Data helps make decisions about how we tell the stories.

In illustrating this, Reilly said penetration of smartphones in Kenya at the end of 2014 was at just 27%, yet they had 19m mPesa users at the time, of a population of 47m.

If you factor in the beer-drinking age that amounts to 90% of the audience, says Reilly. Based on those numbers, the following work was by Network BBDO in Kenya in early 2015:

Proof that technology works best when it solves problems, not when it creates new ones in requiring access to a specific platform or requiring the download of a QR scanner or app or other behaviour change to engage with the brand.

Reilly says if you do so, your campaign is a bit delusional.

“USSD is not sexy, M-Pesa is not particularly sexy, but the idea of the story of raising a Tusker to Kenyan success on us, is – particularly the ‘on us’ bit, as people like free beer.”

But these technology decisions are informed by the data, they could also use sales data on the ground to target specific areas via geo-targeting as they were operating on a mobile platform.

So if they saw sales were going down in a specific area, they could target that area and push a promo there. It could evolve into a 2-for-1 or 3-for-1 platform that was sustainable and could operate as a rewards platform. It became a looped guide of data informing activity on the platform.

Data can also inform the story itself, as Reilly said more than 50% of women aren’t familiar with how their reproductive systems work.

The story itself needs to put the user first and use the right tech, not just the sexy tech:

The primary channel for the campaign was email, first invented in 1972, so not particularly sexy in itself, but the decision as driven by putting the user first.

It’s about finding the right solutions to deliver the stories we need to tell.

Then, the epilogue – Reilly mentioned that none of the work he presented was conceived by a digital department, but instead by creatives and strategists that are equally adept at making radio ads and billboards and TV ads.

They believe that technology can often be the how but it should never be the what, because of the what, at the end of the day, is the story.

Reilly ended with a final story, another piece of video content because according to Cisco, 77% of internet traffic is video – people like stories. And if you tell a good story, people will watch and listen, even if it is more than five minutes long…

Red & Yellow chairman Rob Stokes concluded that they will definitely hold another showcase next year. Watch for more of my #DigitalAgencyShowcase coverage, and follow Red & Yellow School, Reilly himself and Network BBDO‏ on Twitter for the latest updates.